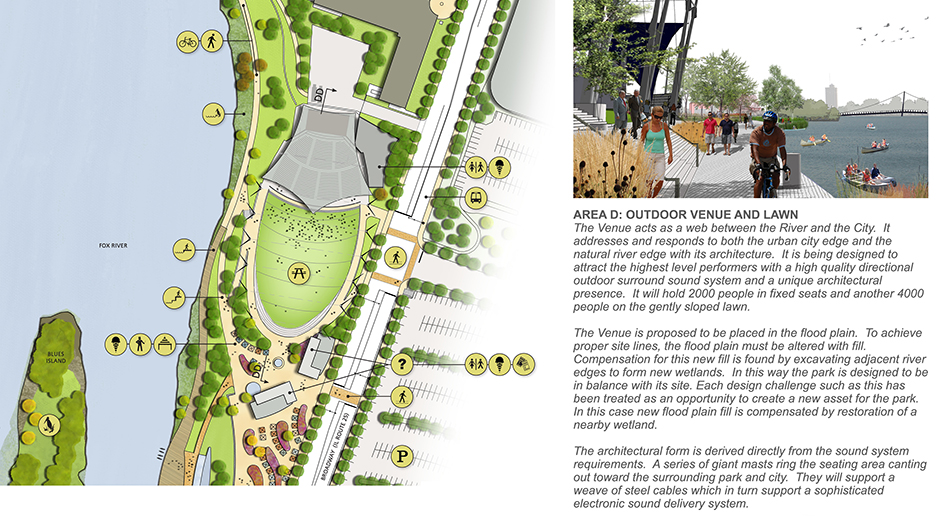 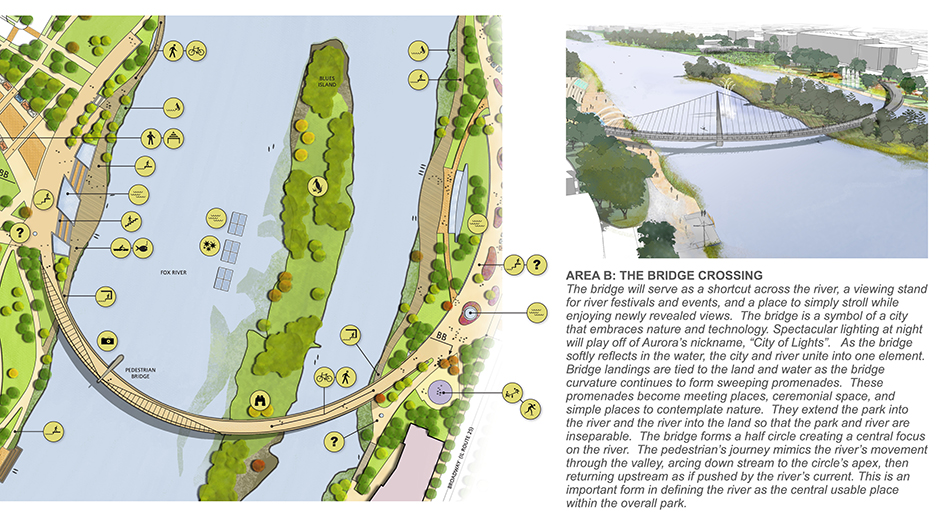 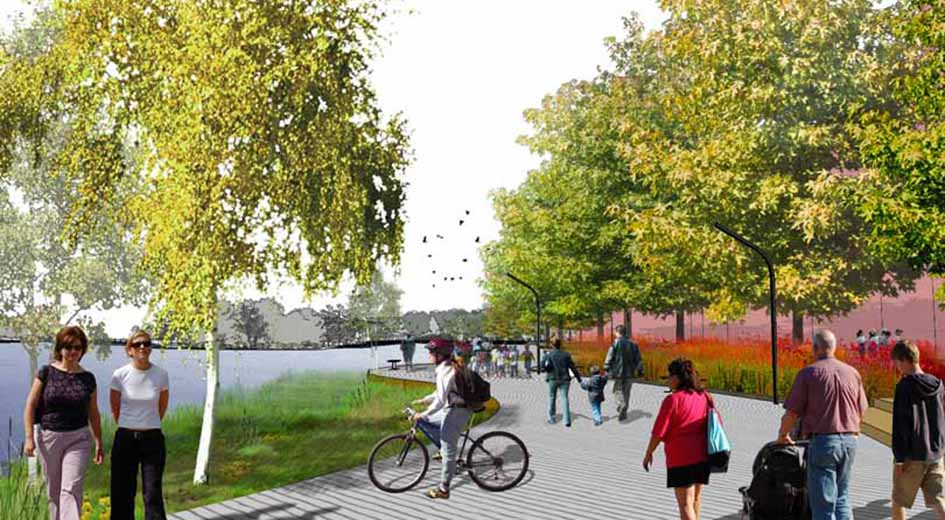 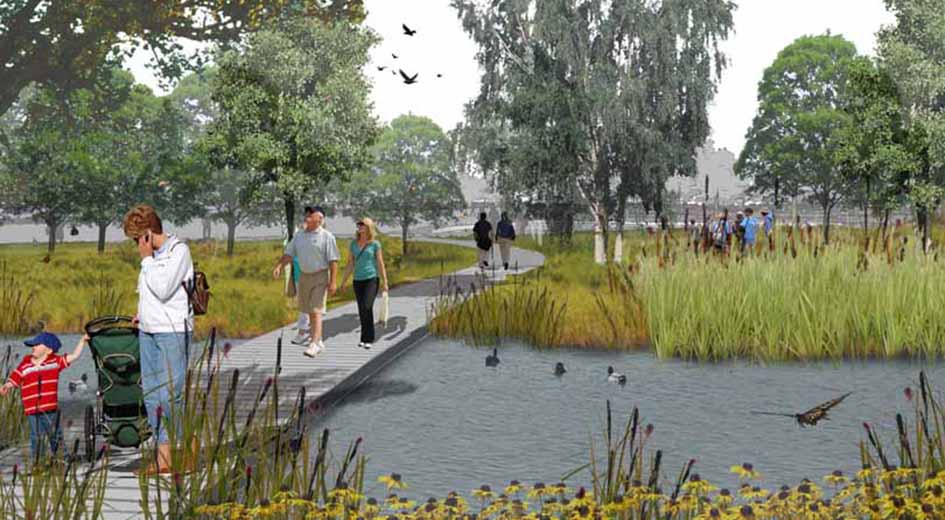 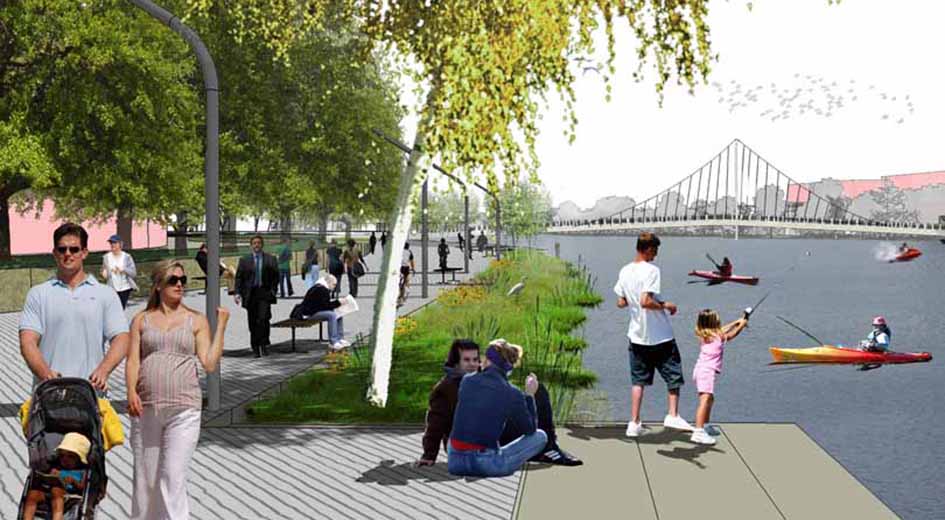 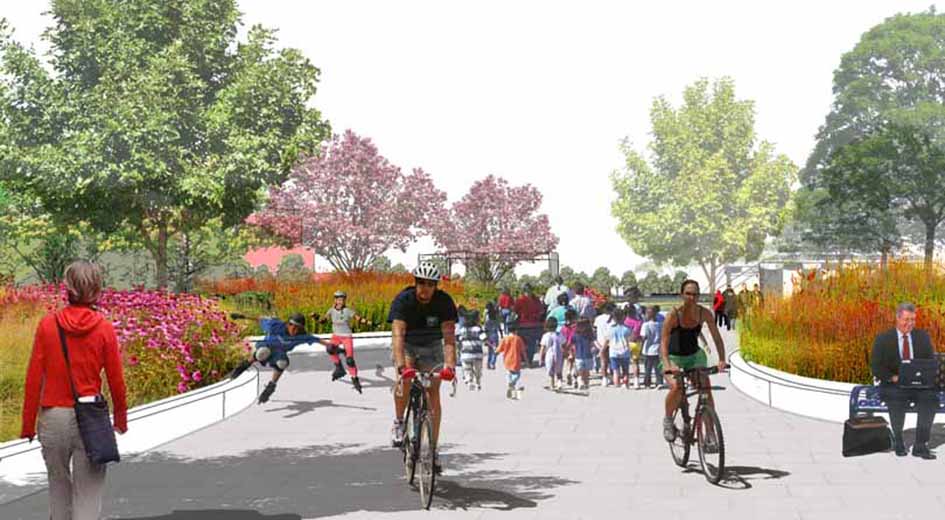 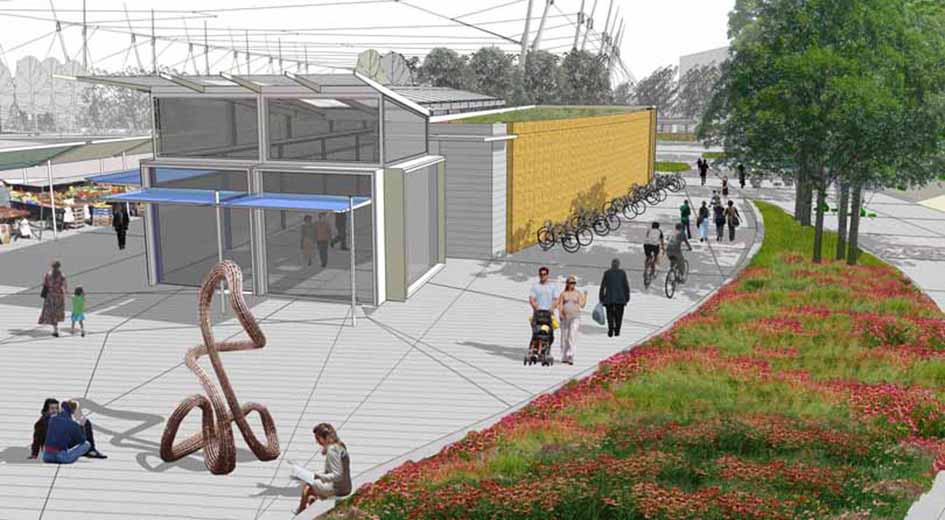 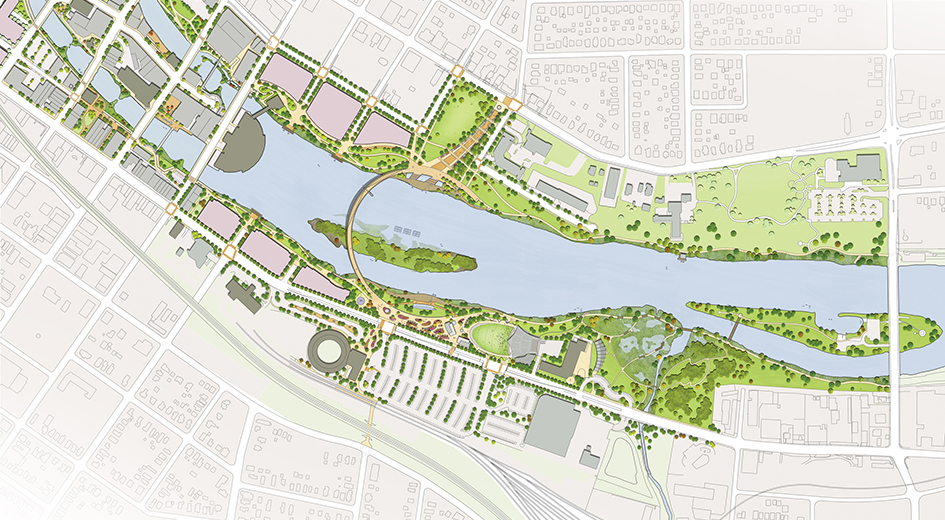 TGDA was the lead Landscape Architect and Urban Designer of a multidisciplinary team for the winning design competition entry for Aurora’s new Riveredge Park.

Aurora, Illinois is a growing city of more than 150,000 people situated on the Fox River at the far western edge of the Chicago metropolitan area. Despite its stature as the second largest city in Illinois, it has struggled to bring vibrancy to its downtown core. To change this, municipal and private groups joined together to promote the creation of a plan for a new “Central Park” for Aurora that would become a regional destination and create a new image for the City.

TGDA’s concept for the park was unique as the river was the main driver for the design. TGDA created a water dependent park, meaning that all constructed park environments, views, access points, built and natural design forms relate to the flows and seasonal changes in the river. The park responds to movements in the floodplain and its source upstream. This new cultural and environmental park serves as the mechanism for connecting the neighborhoods across the Fox River.